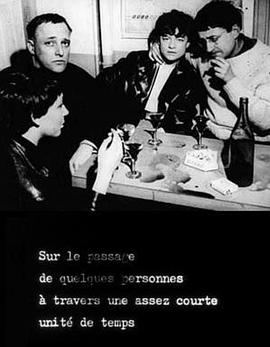 A semi-autobiographical Situationist short combines images of Paris, of director Debord and his friends, and of an advertisement for soap.